With a yard full of trees and plants, an infestation of scale insects is very common, as there are thousands of species existing in the USA. In most cases, even a heavy scale infestation goes unnoticed before plants show signs of damage.

These bugs will suck the sap out of the plants and trees. Thus, it makes harder for hosts to maintain the right amount of moisture and tree nutrition. So, it is crucial to identify these pests and offer accurate tree scale treatment to retain tree health and vigor.

All scale species can be divided into two groups – armored scales and soft scales. Magnolia Scale, the largest soft scale insect, spends the winter season sticking to small twigs. However, these scales begin to feed tree sap and leave a sticky film on the plants on spring days. Thus, they are commonly known as ‘Tree sap suckers’ and ‘Excreators of honeydew.’

These pinhead size insects are mobile, dark in color, and are referred to as “crawlers.” When the young nymphs have just hatched, they keep crawling until they find a suitable feeding site. They begin to feed with their piercing mouth and gradually become capable of self-defense.

Scale insects prefer warm, dry climates. The scale bug has a protective tan to brown shell-like covering. However, scale prefers the undersides of leaves and the areas near leaf joints. They drain nutrients from trees to grow, thus making it a breeding ground for undesirable fungus like sooty mold. The outbreak of sooty mold will cause further damage to your trees down the road. However, when it thrives in oak trees, invasion of Galls, Gold Spotted Oak Borers, Aphids, Borers, Caterpillars, Lace bugs, Leaf miners, Twig pruner, etc. can also deteriorate resistance power and strength. So, calling a professional for Magnolia Scale Treatment is crucial. 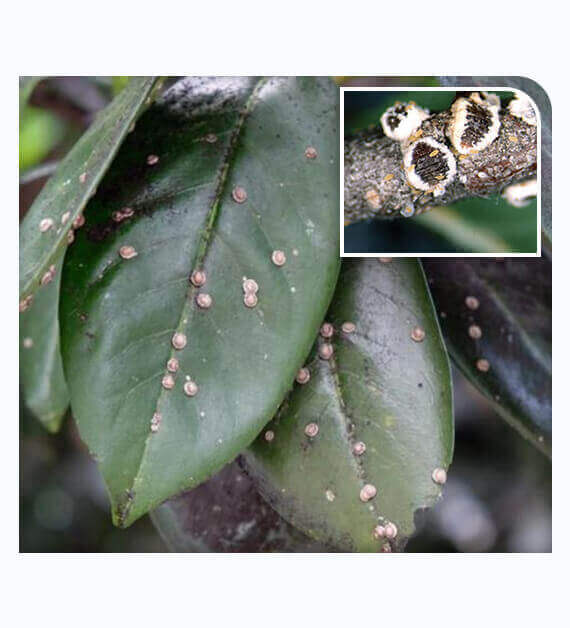 How Can You Get Rid Of Scale

To get rid of scales, you need to identify them when they begin to attack. Thus, you need to figure out infected trees and plants through tree health assessment from professionals. Once experts have thoroughly detected scale infestation in your yard or garden, they will apply organic insecticide treatment to eliminate Magnolia Scale. They will also offer spray treatment and trunk as well as soil injections directly to infected trees so that infected trees get all the required nutrients to grow healthily again.

Benefits Of Our Scale Treatment

Dispose and prune off the infected leaves, twigs, and branches, thereby preventing scale insects. Further, scales can be scraped or pulled off from plants by hand when their numbers are low. A neem-based leaf shine or an alcohol-soaked cotton swab can also be used to dab individual bugs.

Picking or carefully scrubbing them loose from the leaves and stems is one option. Another option for mildly affected plants is to dab each scale with an alcohol-soaked cotton swab. Insecticide for scale insects, neem oil, and other chemical solutions are also available to manage scale bugs.

No, the scrape off scale will not climb back up. However, a tiny little crawler may stay on your plants even after scrapping. So, you need optimum spraying of horticultural oil to get rid of scale insects completely.

When scale infests indoor plants, you’ll need to be very careful about controlling or eradicating them. Scale on houseplants can be removed by gently rubbing with a facial-quality sponge or cotton swab bathed in rubbing alcohol. If the cause is detected early enough, it may be resolved by chopping out the damaged stems.